A couple of years have now passed and I imagine myself to have enough clout to write on the business of blogging.

Blogging.  Blogging. Blog.  The word used to bring me such excitement!  Such drive!  Inspired ambition!  Life became the stage and I the critic.  All performances catalogued, reviewed, sealed with a snapshot.  In the beginning there was blogging and I awoke daily to the challenge of networking.  I poured over similar blogs, popular blogs, dream blogs.  I left comments, posted links to my site.  I relished the growing number that appeared daily in my statistic bar. I asked for advice on growing my blog.  I sought out ways to make a little money.  I dreamed of being Pioneer Woman.

I banked it all on the fact that if I could just get my words out there for five years, I would gather a sort of cult following.  My family was quirky, messy, and supreme enough to get noticed.  I am intelligent, witty, and hilarious…that makes my opinion WORTH something.  Word of blog had only to spread and all my dreams would come true.

Then I began to notice…I am a dime a dozen.  Everyone and their mother is blogging about the same things.  Children who annoy them.  Family members who annoy them.  Pregnancies.  Marriage.  Crafting.  Cooking.  Cleaning.  Politics.  We are all self appointed despots with a “message”.

Suddenly, I felt a small needling in my ribs.  What is my blog?  A mish mash of other blogs, stuck in the Master Format of Blogging Perfection?  Blog.  Blogging.  Blogging.  The word began to sound more like a belch accompanied by mornings breakfast.  Sour.

I spent a huge amount of money for the “real blogger camera”.  I WOULD have spent more, had I had the money. In fact, it bothered me that I didn’t have the Nikon D90 longer than I would like to admit.  I could not walk outside, or do something with my children without obsessing over a photo op.  The pictures were there only  to say, “Look at me!  I am a good mother.  I am worthy!  Tell me I am worthy!”  It was like high school all over again.

High school.  Blech.  Competing with people who never gave a darn and who have even less bearing on my life now.  Not something I want to repeat.  Ever.

So what does an aspiring blogger who is suddenly disaffected with blogging do?  Do I lay it aside?  Do I keep going, but this time with eyes wide open and ears pricked?  Do I write what I want, how I want, when I want and not give a rip about who is reading?  Wordless Wednesday, Flashback Friday, and Gratituesday be damned!  If I want to put up 20 pictures, or not, while I am cooking, I can.  Do I step out of the shackles that are chained to an anvil marked “Waiting For The World’s Approval”?

For now, I am thinking.  I will keep thinking.  About the big stuff.  What do I want to be a part of?  Who am I trying to be?  Does the world tell me who I am?  Am I who God wants me to be?  What is the role I was meant to play in His world?  Am I helping my fellow man, or standing on his head?  Am I leaking love all over the place, so much so that it gets on other people?

That’s the big stuff.  For those things…keep your camera in the case.  Just open your arms.  Wide. 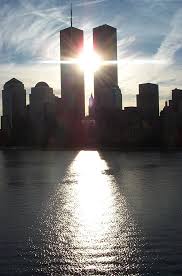 There are two moments in my life that are burned in my psyche.  One is the exact moment my grandmother took her last breath.  The other is the look on the face of the secretary of Wellington Academy Preschool/Daycare who informed us what was happening the morning of 9/11.  Two moments, forever captured like a still photo in a frame.  Two moments that pop up, uninvited, daily, running on some sort of weird background program that never closes.

I have lovely memories that I would rather recall instantly.  Lost childhood moments,  a lot of Jacob’s firsts as a little one, moments of Gideon and Levi’s births.  They are gone.  I can’t bring them up to the surface for the life of me.  How I wish I could bury some memories and remember the most precious ones.

September 11th, 2001 was a beautiful morning.  The typical morning hustle and bustle is a blur.  Everything was so ordinary.  Jacob went to school at Jupiter Elementary in Palm Bay, Florida.  Jon went to work at Nokia, where he repaired cell phones.  I clocked in at Wellington, where I was an aide in the infant room.

I had recently switched from the two year old room, a.k.a The Depths of Hell, to infants.   This was my DREAM job.  I got paid to play with babies all day.  For me, that was a healing balm for my broken heart.  Jon and I had tried to conceive right away when we got married.  It wasn’t happening.  So I got my baby fix.  Daily.  Whoops, I chased a little rabbit there.  Back to business.

I was playing with babies on the floor when she walked in.  I don’t even remember her name.  Her face, her hair, her dress-all there.  She might have been holding something or was clenching her hands together.  At first I thought that we were going to be reprimanded.  Good grief, her look was SO serious.  She made eye contact with all of us then said, “I thought you might like to know what’s going on in the world right now.  Two planes have hit the World Trade Center, another has hit the Pentagon, and a car bomb has gone off in front of the State Department.”

From there, a blur.  What?  What did she just say?  Are we under attack?  Who did this?  We whispered and speculated.  Who would do this?  The President is HERE!  What is going to happen?  Are there more planes?  Who would do this?

Parents began to show up at the school.  They were crying and clutching their babies.  Holding their children.  Leaving quickly.  One mom was furious and said “We are going to get the people who did this!”  I was still reeling.  Who were THEY? One of the teachers in the 3 year old room was desperately calling a family member who worked in the Towers.

I thought of Jon and Jacob-all three of us in different places.  I needed to get to Jacob.  I was so thankful when the school sent most of us home.  Jupiter Elementary sent the kids home and I rushed to get Jacob home and “safe”.  By this time it felt like I had lived a lifetime.  When I got home and turned on the t.v. the second tower, which was the first one hit, began to crumble.  Katie Couric’s voice was announcing it.  I could not believe my eyes.

All through that day and the following weeks I watched every story.  I read every detail.  I absorbed it all.  I tried to fit it in to that box that makes sense.  I lost the childhood innocence that let me marvel at a plane as it flew over.  I was afraid.   As more tidbits rolled in I felt the unease grow.  The “pilots” had trained in Florida.  Even though nothing in Florida was hit that morning, the state felt sullied, defiled…unsafe.   Too many fingers of the tragedy had meandered into my back yard.  I was afraid of living near the Air Force Base.  I was afraid of the checkpoints that had men with big guns.  I was afraid of the company that was rumored to develop weapons for the government that was based in Melbourne, Florida. I was afraid of NASA being so close.  I was afraid it would all happen again.

I had to laugh when I saw this post:  Why Co Sleeping Sucks  So true.

I really may have to declare war on the co-sleeping movement.  The family bed is driving me batty.  Not that I think there is anything sinister or wrong with the family bed.  I just hate it.  Loathe it.  That could be from the years of fatigue.  Tired kills.  Avoid The Tired.

Here are some more moms suffering from The Tired.

See the trend?  I say its time to cut the snuggle once they are done breastfeeding.  Get outta my bed kiddo, luv ya, bah bye.

Pull up a chair and I’ll tell you a little bit about myself.

Go On…Grab Yourself a Button. ♥

Error: Twitter did not respond. Please wait a few minutes and refresh this page.